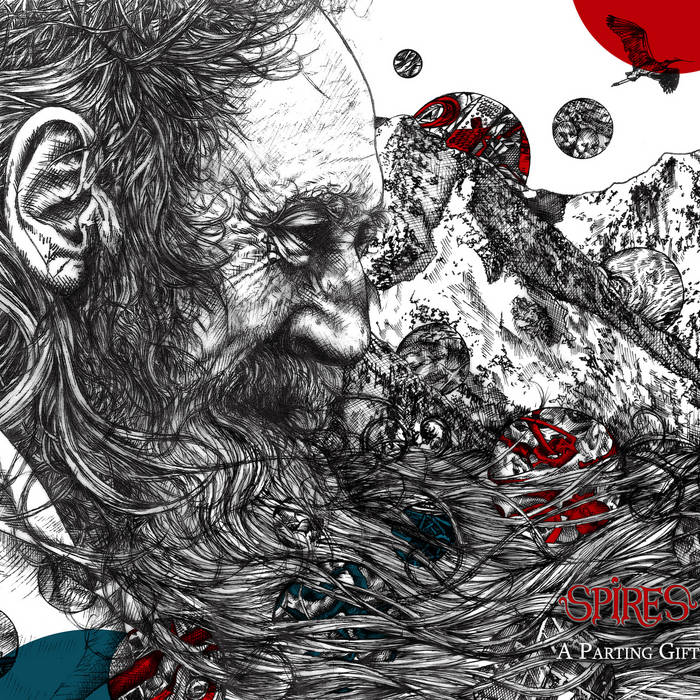 ALPHA-OMEGA Spires was stealthy under my radar for a decade but now had a catch up with their fantastically ambitious discography - thanks for such a cool bundle. "A Parting Gift" is a bit more introspective than 2014's "The Whisperer" but in a good way. It's still the winning balance of Extreme Metal (Death/Doom and some Blackened peaks and pits) of the proggy variety with Prog Rock's fusion of ambient and soft acoustic Folk. Great memorable songs wrapped in a polished warm production. Epic and dark! Favorite track: The Seer.

jyosefu Definitely a band that stands out amongst the crowd! Tasteful growls combined with some truly haunting harmonies accompany well timed transitions giving the listener a sense that they are on a journey with the band! Seed of Dionysus and Etchings in the Emptiness are my fav tracks! The while album is a jam though!

Ben & Gone Everything I hoped for from one of my favourite bands.
If you don't order this album your music collection is incomplete. Favorite track: The Court of Clashing Skies.

Ian Gillings Spires yet again display mastery of their craft. Complex songwriting encased in a sonically rich production, A Parting Gift will take many, many listens to peel away the layers and fully explore it's depths. Favorite track: In Black Ravines.

UK Progressive Metal band Spires' third full length album, released September 2018. The band takes a step forward in every regard to deliver over an hour of epic progressive metal.

Produced and Engineered by Paul Sadler

In September 2018 they released their epic third album 'A Parting Gift'. ... more

Bandcamp Daily  your guide to the world of Bandcamp